Now you can access Safelinks direct from your Android. Download!
Verify that You are not a Robot
Are you a Robot?
Generating Link... Please Wait
I am not a Robot
Home
Fun
Lifestyle

Fun activities for you and your kids in winter

Winter is slowly but surely approaching its peak. And especially for kids, winter is one of the funniest times of the year for outdoor activities.
Please wait 0 seconds...
Scroll Down and click on Go to Link for destination
Congrats! Link is Generated 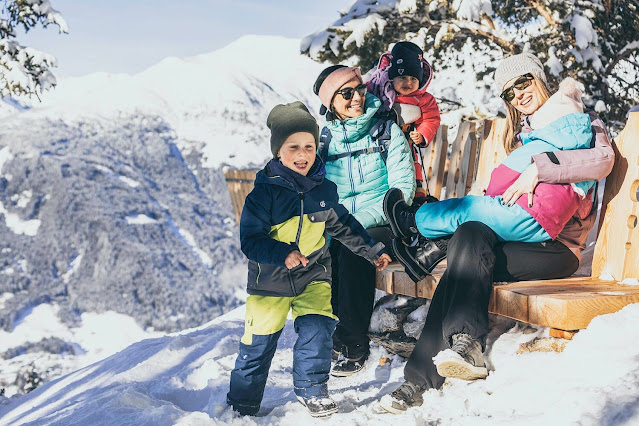 Winter is slowly but surely approaching its peak. And especially for kids, winter is one of the funniest times of the year for outdoor activities. After all, hardly anything is as fine as romping around in the snow. Here you will find tips for fun winter activities with the kids.

Skiing, tobogganing and ice skating are and will remain the classics that you can even do with small children. Tobogganing in particular is also suitable for the little ones, because they can easily be pulled behind you when you go for a walk. This can be more fun for them than sitting in the stroller.

For the older ones, aged two or three, it is a very fun experience to sit on a sled or toboggan with mum or dad and go down a gentle hill. It's a bit more exciting with older kids, so you have to pay a lot of attention to safety when tobogganing, because the bullies sometimes get wilder when they're out and about alone. A helmet and thick mittens are a must.

Younger children also learn ice skating very quickly because they are less afraid than the older ones. However, your child should already be able to walk very well and have a good sense of balance. On most ice rinks there are small figures that your child can hold on to and help them take their first steps on the ice.

in the woods It is wonderful to be out and about in the woods, especially immediately after a snowfall. Maybe the sun will even shine, then you can show your child a glittering wonderland. This can also be wonderfully combined with something educational: you will see many footprints that you can explain to your child which animal they may have come from. If you are not sure yourself: take a photo and look it up on the internet at home. In this way, the learning effect does not fall by the wayside. You can also explain to your child which animals are hibernating and who may have just flown south because it's just too cold for them.

Children usually enjoy building something in the snow: a small igloo is quickly produced. Just pile up snow, step down and dig out a little shelter at the front. You can also put some straw, fir branches or old blankets there and you have created a nice little retreat. However, you should not leave children alone in the igloo, as they may not be able to free themselves in the event of a collapse.

In addition to an igloo, you can of course also build the classic snowman with your child, but also other figures. These don't have to be perfect, your child's imagination will do its part to turn a pile of snow with a roughly modeled horse's head into a real horse. Or a small snow cat or a snow bear. Just let yourself be surprised.

You can also experiment a bit with your child: take small plastic molds (perhaps from sand toys in summer) or old plastic buckets and fill them with water. Overnight, slabs of ice form in funny shapes, with which you can then build all sorts of things. You can also put old leaves on these ice plates and pour them over again, so that objects are frozen. You can also explain to your child how ice and snow are formed and the offspring have learned something new along the way.

Keep a change of clothes nearby for this endeavor, as your child will likely need to be dried afterwards. At least one pair of spare gloves should always be within reach.