Now you can access Safelinks direct from your Android. Download!
Verify that You are not a Robot
Are you a Robot?
Generating Link... Please Wait
I am not a Robot
Home
Art
History

The World's First Artwork Was Born in Sulawesi, Not Europe

This 40,000-year-old handprint image on the wall of a cave in Maros, South Sulawesi, Indonesia, proves that Indonesia was the cradle of the world's fi
Please wait 0 seconds...
Scroll Down and click on Go to Link for destination
Congrats! Link is Generated 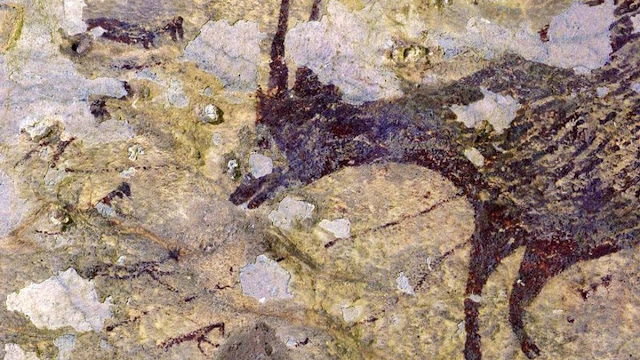 This 40,000-year-old handprint image on the wall of a cave in Maros, South Sulawesi, Indonesia, proves that Indonesia was the cradle of the world's first works of art and not in Europe, as has long been believed.
In addition to the palm painting, an image of a deer pig, an animal that only exists on the mainland of Sulawesi, was also found in the same cave. The painting is about 35,000 years old.
The findings were published in the October 9, 2014 issue of the journal Nature, by Indonesian and Australian researchers.
According to the scientists, their findings challenge two theories about human artistic expression.
The first theory is that art originated in Western Europe, because ancient cave paintings were only found in that region. 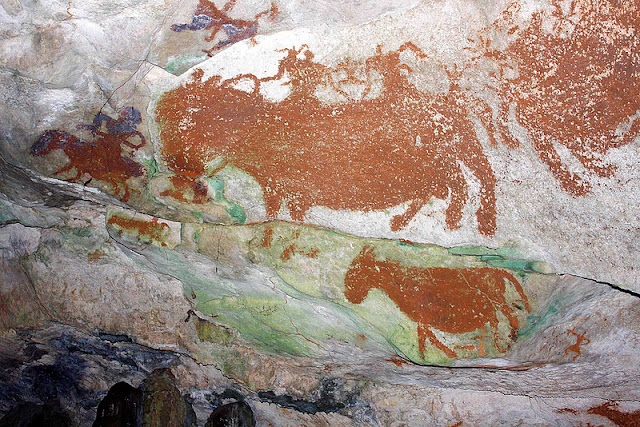 Second, about whether art developed independently but continuously in various places in the world or was first brought by Homo sapiens to leave Africa and spread throughout the world.
"Europeans can no longer claim to be the first to develop an abstract image in the mind," said Anthony Dosseto, a scientist from the University of Wollongong.
Anthropologists in the world consider that art or painting on rock is an indicator of the beginning of abstract thinking, the human ability to reflect on ideas and events.
Dosseto and his team, in the research, counted the ages of 12 handprinted images as well as two animal images found in seven caves in South Sulawesi.
The pictures were actually discovered in the 1950s. But at the time thought the pictures were younger, because no painting could last more than 10,000 years in the tropics.
But Dosseto et al recalculated the age of the images using radioactive techniques, tracking uranium remains found in the calcite layer that grew about 10 millimeters above the paintings. 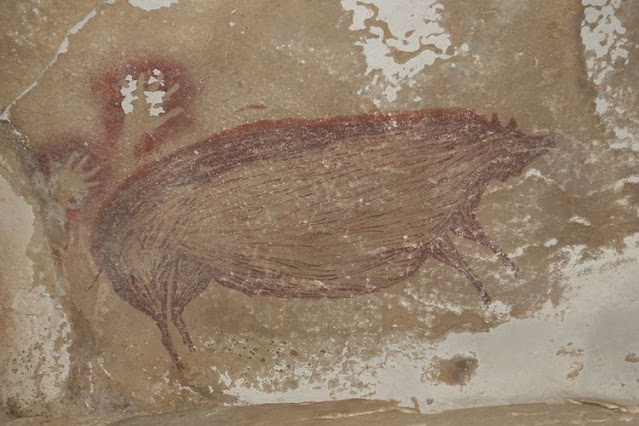 The method can only estimate the minimum age of the paintings, so it is assumed that the drawings are older than what was measured.
Now, according to researchers, the paintings in the Sulawesi cave are the oldest ancient images ever found in the world.
Previously, the oldest palm print painting in the world was found in the El Castillo cave in northern Spain. The painting is about 37,300 years old.
The oldest animal painting, depicting a rhino and painted using charcoal, was found in the Chauvet cave, France. His age is around 35,300 to 38,827 years.
While the use of red in painting was found in Fumane, Italy and is around 36,000 to 41,000 years old.
Go to Link